The World Wide Web Creator Sir Tim Berners-Lee has commented on the risks of government surveillance and censorship in his speech at the launch of the World Wide Web Foundation's (WWWF) 2013 Index findings. 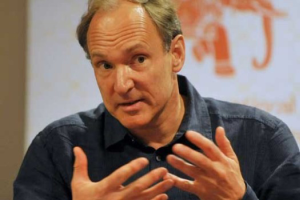 The WWWF's report found that web surveillance and censorship are on the rise. The latest revelations of government spying were that of the U.S. and the UK made by whistleblower Edward Snowden. China had been in active censorship blocking Web sites like Facebook. The report explained that "provisions against cybercrime, terrorism, or blasphemy are frequently being employed to silence legitimate dissent or justifying blanket digital surveillance."

"Targeted censorship of Web content by governments is widespread across the globe. Moderate to extensive blocking or filtering of politically sensitive content was reported in over 30 percent of Web Index countries during the past year," the Web Index reported.

Sweden came out on top of the Index report for openness and Norway came out second. The UK and U.S. were third and fourth, respectively, with the issue of government surveillance affecting the result.

Berners-Lee concluded that anonymity is a key area where the state's agenda and concepts of freedom are in conflict with each other.

"Some things are good, like the openness of government data, and some things are bad. But anonymity is one where it's not so simple," he commented. "[There are] NGOs that work under oppressive regimes and are in contact with the underground campaign for it. Then we have people dealing with cyber bullying where clearly if someone's saying nasty, mean untrue things about you then you can reveal who they are."

Berners-Lee suggested that there should be "a whole social system and machinery" in any situation where users say they need a secondary identity. This is to protect other Web users.

Despite the growing Web surveillance and censorship, Berners-Lee remains optimistic.

"One of the most encouraging findings of this year's web Index is how the web and social media are increasingly spurring people to organise, take action and try to expose wrongdoing in every region of the world."