Online surveillance can break the Internet

Google CEO Eric Schmidt warned that the National Security Agency's online spying could "end up breaking the Internet". Longtime reporters who cover the NSA know that any time we ask the obstinate spy agency for information, we’re probably going to hit a brick wall. But who would have thought that trying to obtain information about information the agency has already given us would lead to the same wall? 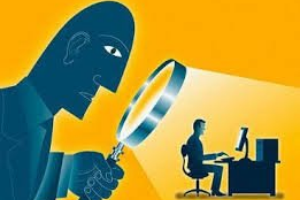 "The impact is severe, and it is getting worse… The simplest outcome is that we are going to end up breaking the Internet," Eric Schmidt said at a panel discussion in Silicon Valley. The debate on the possible implications of the US spy agency's dragnet online surveillance was led by the Senate finance committee chairman Ron Wyden, a Democrat. Schmidt's point of view was backed by representatives of Facebook, Microsoft and Dropbox who took part in the panel.

Panelists were cited by AFP as saying that barriers set up by the US government and its Internet-policing agencies could damage the online "ecosystem" that enables people to cooperate globally. A large number of major tech firms, including Apple, Microsoft and Google, made headlines last year after they were revealed to have cooperated with the NSA in its extensive surveillance program called PRISM. The program was launched in 2007 and exposed six years later by NSA whistleblower Edward Snowden.

That’s what happened when the Federation of American Scientists filed a FOIA request with the Defense Department (of which the NSA is a part) earlier this year seeking information about any authorized leaks of intelligence made to the media during the previous 12 months.

“The document responsive to your request has been reviewed by this Agency as required by the FOIA and has been found to be currently and properly classified in accordance with Executive Order 13526,” the letter read. “The document is classified because its disclosure could reasonably be expected to cause exceptionally grave damage to the national security.”

Last year, Congress amended the Intelligence Authorization Act to require government officials to notify lawmakers whenever they disclose national security secrets to the media as part of an “authorized” leak. Under Section 504 of the statute (.pdf), the government official responsible for authorizing the disclosure has to submit to congressional intelligence committees a timely report about the disclosure, if the information is classified at the time of the leak or was declassified for the purpose of making the leak, and if the information being disclosed was “made with the intent or knowledge that such information will be made publicly available.”

Lawmakers on the intelligence committees look silly when they tell reporters they can’t talk about something, while government officials are freely yapping about the same topic behind their backs. They also look silly when they publicly call for a criminal investigation into a leak that turns out to have been authorized. And, of course, members of both parties in Congress want to know when the party in power in the White House might be authorizing leaks for political gain.

But once those leaks are made to the media and published, why shouldn’t the public also be able to know when the information came from an authorized source or an unauthorized one? Steve Aftergood, director of the Federation of American Scientists’ Project on Government Secrecy, noted in his letter to the NSA appealing its response that “It is well established that information, including classified information, that has been publicly disclosed on an authorized basis loses its exemption from disclosure under FOIA.”

“I think it’s more likely that these disclosures were part of a negotiation with news organizations,” he told. In that case, “the disclosures in question were not actually published, rather they were part of a dialogue with a reporter perhaps in an effort to dissuade her or him from publication.” The very notion of an authorized disclosure of classified information is, of course, a bit of an oxymoron: “If something is classified, how can its disclosure be authorized (without declassification)?” he writes. “And if something is disclosed by an official who is authorized to do so, how can it still be classified?”