As pretty much everyone has been sending over, a bunch of former NSA and intelligence community insiders who later went on to become whistleblowers (many of whom were then attacked or even prosecuted for their whistleblowing) have written quite an astounding open letter to President Obama, requesting that he allow them to brief him on the problems of the NSA. 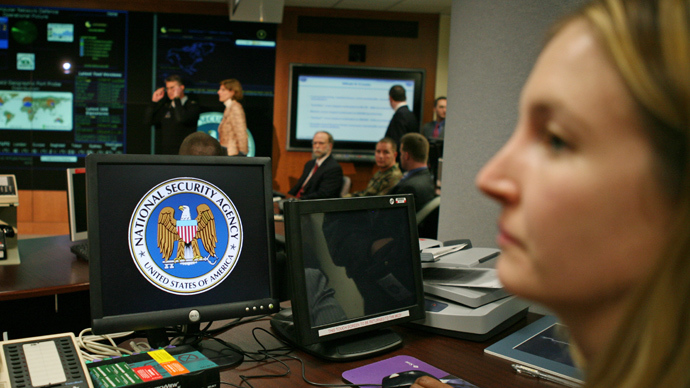 The letter goes a bit overboard on the rhetoric (which actually pulls away from its important underlying message, unfortunately), but the key points are clear. From what they've seen, they know that not only have the NSA's efforts violated the 4th Amendment and been ineffective, they have actually made it more difficult for the NSA to do its job properly.

What we tell you in this Memorandum is merely the tip of the iceberg. We are ready – if you are – for an honest conversation. That NSA’s bulk collection is more hindrance than help in preventing terrorist attacks should be clear by now despite the false claims and dissembling.

Much of the letter repeats things that were reported in the past, specifically in Jane Meyer's incredible New Yorker story about Thomas Drake (who signed this letter) from nearly three years ago. It talks about THINTHREAD, the program developed by William Binney (also signed on to the letter) as a system for sorting through information without violating the 4th Amendment, or the NSA's mandate. As was detailed both in Meyer's article, and again in this letter, THINTHREAD, which was developed prior to 9/11 for just a few million dollars, had built in a bunch of privacy and anonymity controls, but would also ease information sharing when necessary and appropriate. However, rather than use it, the NSA director at the time, Michael Hayden, chose to go with a plan from some outside defense contractors, costing billions of dollars, which didn't bother protecting the 4th Amendment or people's privacy. When the folks behind THINTHREAD reported this level of waste to the Inspector General, they were investigated, leading to various bogus charges against Drake (almost all of which were eventually dropped).

In the letter, Drake also discusses how, as the NSA exec in charge of figuring out the beset technology to fight against terrorism, he tried to get THINTHREAD reinstated. He also was asked to prepare a briefing for then head of the House Intelligence Committee, Saxby Chambliss (who's now a staunch NSA defender on the Senate Intelligence Committee) about why 9/11 happened. His initial report noted that the NSA knew all about the hijackers, but failed to share the info. He wasn't allowed to give that report.

At a SIGINT Leadership Team meeting in February 2002, SIGINT chief Maureen Baginski directed me to lead a NSA Statement-for-the-Record effort for a closed-door hearing scheduled by Sen. Chambliss for early March to discuss what NSA knew about the 9/11 hijackers and their plotting before 9/11.

As indicated above, the highly embarrassing answer was that NSA knew a great deal, but had not shared what it knew outside of NSA.

After a couple of weeks Baginski rejected my draft team Statement for the Record report and removed me from the task. When I asked her why, she said there was a ‘data integrity problem’ (not further explained) with my draft Statement for the Record. I had come upon additional damaging revelations. For example, NSA had the content of telephone calls between AA-77 hijacker Khalid al-Mihdhar in San Diego, CA, and the known al-Qaeda safe house switchboard in Yemen well before 9/11, and had not disseminated that information beyond NSA.

The letter goes on in great detail about the misleading claims by NSA defenders -- which we've discussed in the past -- that 9/11 could have been prevented if the bulk metadata collection was in use at the time.

It is unlikely that President Obama will respond to this in any manner. Over the past decade, the government worked hard to try to discredit Binner, Drake and the two other signatories, Edward Loomis and Kirk Wiebe (who both worked on THINTHREAD with Binney). Still, it's a powerful letter highlighting, yet again, how dysfunctional the NSA and the intelligence community are, how much of what they do seems to be driven by the corporate interests of defense contractors, and how little they seem to care about privacy or the Constitution.