The persistence of the Shellshock vulnerability remains high more than a month after it first surfaced. 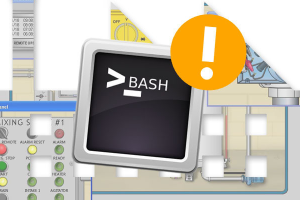 The script adds the hacked computers to a botnet that receives its commands over IRC, said a post on the Binary Defense Systems website. “The attack leverages Shellshock as a main attack vector through the subject, body, to, from fields,” BDS said on its website. “Once compromised, a perl botnet is activated and beaconing on IRC for further instructions.”

“It’s unknown which product would specifically be vulnerable to this since Shellshock relies on system level calls and leveraging bash however it seems to be a fairly wide-scale delivery of emails across the United States,” BDS added.

Shellshock exploits have been in the wild from the early hours when the vulnerability in Bash was disclosed. Most attacks have been pings looking for vulnerable systems, while the vast majority that take it to the next step have been DDoS bots.

AlienVault was one of the first to report active exploits. Its researchers snared two bots in honeypot within 24 hours of disclosure.

One sample was a repurposed IRC bot written in Perl that was trying to build a botnet to be used in distributed denial of service attacks (DDoS), said Jaime Blasco, director of AlienVault Labs. It is unknown if the attacks are related. Off the bat, there were 715 victims and phrases were written in Romanian in the source code, Blasco said on Sept. 25.

The other piece of malware found by AlienVault downloads and executes an ELF (Executable and Linkable) binary that tries to steal system information from the compromised machine, including configuration data. It too is a DDoS bot, Blasco said.

Bash is the default command line shell for most Linux, UNIX and Mac OS X systems, and many hidden functions on these systems may call Bash, increasing the difficulty of assessing and patching vulnerable web servers and embedded devices. The flaw allows an attacker to remotely attach a malicious executable to an environment variable that is executed when Bash is invoked.