As U.S. banks and retailers are barreling toward a 2015 deadline to replace magnetic-stripe credit and debit cards with more secure cards that come embedded with a microchip, researchers have announced a critical flaw in the card system. 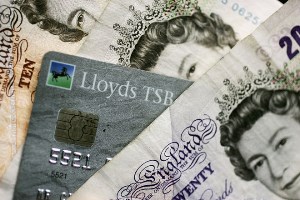 According to researchers at Newcastle University in the UK, the card system developed by VISA for use in the United Kingdom fails to recognize transactions made in non-UK foreign currencies and can therefore be tricked into approving any transaction up to 999,999.99.

What’s more, because the cards allow for contactless transactions, wherein consumers need only to have the card in the vicinity of a reader without swiping it, a thief carrying a card reader designed to read a card that’s stored in a wallet or purse could conduct fraudulent transactions without the victim ever removing their card. Since the transaction is done offline without going through a retailer’s point-of-sale system, no other security checks are done.

“All a criminal would need to do is set up somewhere like an airport or the London underground where the use of different currencies would appear legitimate.”

“With just a mobile phone we created a POS terminal that could read a card through a wallet,” Martin Emms, lead researcher of the project that uncovered the flaw, noted in a statement about the findings. “All the checks are carried out on the card rather than the terminal so at the point of transaction, there is nothing to raise suspicions. By pre-setting the amount you want to transfer, you can bump your mobile against someone’s pocket or swipe your phone over a wallet left on a table and approve a transaction.”

In tests the researchers conducted, transactions took less than a second to be approved. Chip ‘n’ PIN cards, also known as EMV cards, are being rolled out in the United States in an effort to undermine large-scale card breaches—such as those at Target and other retailers—and skimming operations that allow attackers to record the card number and PIN at readers in order to re-use them for fraudulent purchases.

EMV cards have an embedded microchip that authenticates the card as a legitimate bank card to prevent hackers from embossing stolen card data onto blank cards to use it for fraudulent transactions. The chip contains the same data that traditionally is stored on a card’s magnetic stripe, but also has a certificate used to digitally sign each transaction. Even if a thief steals the card data, he can’t generate the code needed for a transaction without the certificate.

EMV cards are already implemented widely in Europe and Canada. To pressure U.S. companies into installing card readers needed to process EMV cards securely, VISA has announced a deadline of October 1, 2015. Any company that doesn’t have EMV readers in place by then could face liability for fraudulent transactions that occur with card data stolen from them.

But the researchers found that the system doesn’t recognize foreign currency transactions and therefore doesn’t require a PIN for these. “This lends itself to multiple attackers across the world collecting small transactions of perhaps €200 at a time for a central rogue merchant who could be located anywhere in the world,” Emms notes.

“This previously undocumented flaw around foreign currency, combined with the lack of POS terminal authentication and the ease of skimming contactless credit cards, makes the system more vulnerable to high-value attacks.” The researchers plan to present their findings this week at a ACM Conference on Computer and Communications Security in Arizona.

“It is not clear from reading the payment protocol how banks would deal with the inconsistencies we have found through our research, hence we believe the vulnerability poses a potential threat,” he said. “The fact that we can by-pass the £20 limit makes this new hack potentially very scalable and lucrative. All a criminal would need to do is set up somewhere like an airport or the London underground where the use of different currencies would appear legitimate.”