How to crash WhatsApp with just a message

A Vulnerability has been discovered in the wildly popular messaging app WhatsApp, which allows anyone to remotely crash WhatsApp just by sending a specially crafted message. 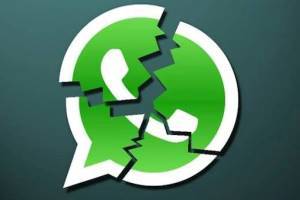 In a video demonstration, they showed that how a 2000 words (2kb in size) message in special character set can crash Whatsapp messenger app. Previous it was discovered that sending a huge message ( greater than 7mb in size) on Whatsapp could crash victim device and app immediately, but using this new exploit attacker only need to send a very small size (approx 2kb) message to the victim. The worried impact of the vulnerability is that the user who received the specially crafted message will have to delete his/her whole conversation and start a fresh chat, because opening the message keeps on crashing WhatsApp unless the chat is deleted completely.

"What makes it more serious is that one needs to delete entire chat with the person they are chatting to in order to get back whatsapp work in normal," Bhuyan told THN in an e-mail. According to the duo, the reported vulnerability has been tested and successfully works on most of the versions of Android Operating system including Jellybean, Kitkat, and all the below android versions.

Similarly, Any member of your WhatsApp group could intentionally send a specially crafted message to exit people from the group and delete the group. Also, for example, if I don’t want someone to keep records of my chat with them, then I can also send the same message exploit to the person.

The vulnerability has not been tested on iOS, but it is sure that all versions of WhatsApp including 2.11.431 and 2.11.432 are affected with this bug. Also the attack does not work on Windows 8.1. They have also provided the Proof-of-Concept (PoC) video for the attack, users can watch above. WhatsApp, bought by Facebook for $19 billion in February this year, has 600 Million users as of October 2014, and according to the researchers, an estimated number of users affected by the vulnerability could be 500 Million.