Bots and people: find the 10 differences

Marketers have a billion-dollar bot problem. Global advertisers could lose $6.3 billion to bots in 2015, if current fraud rates continue. 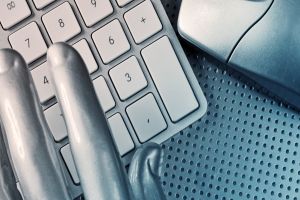 That’s according to new research from the ANA (Association of National Advertisers) and a study conducted with White Ops, an ad fraud detection firm. Nearly one-fourth (23%) of all video ads are served to bots, while 11% of display ads are bot-infected.

Per the ANA study, bots accounted for 17% of all programmatic ad traffic and 19% of retargeted ads. The data comes from 181 campaigns from 36 ANA member companies. The campaigns were measured for 60 days and accounted for 5.5 billion impressions across three million domains. The campaigns came from major brands including Ford, Walmart, Verizon, Prudential, MasterCard, Kellogg’s, Johnson & Johnson and more.

While the average bot activity for programmatically-purchased ads was 17%, it was significantly higher in some instances. For example, one agency for a CPG brand ran a video campaign through a publicly traded video supply-side platform (SSP) and 62% of the ads were served to bots, per the study.

It's not just the open ad exchanges that have a bot problem; the report also notes that premium publishers can be infected as well. One CPG brand purchased 230,000 impressions from a premium U.S. media company, per the study, but 19% of the inventory purchased was fraudulent.

The report found that the majority of bots came from residential IPs, noting that 67% of bot traffic “comes from everyday computers that have been hacked.” In an unrelated study released earlier this year, Forensiq, another digital ad detection firm, showed an example of what bots can do behind the scenes once a computer is infected.

“By using the computer of real people … the bots do not just blend in, they get targeted,” the White Ops and ANA report reads. “Sophisticated bots moved the mouse, making sure to move the cursor over ads. Bots put items in shopping carts and visited many sites to generate histories and cookies to appear more demographically appealing to advertisers and publishers.”