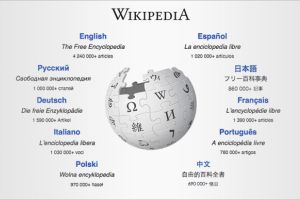 The non-profit US-based organization that manages Wikipedia, Wikimedia, has released a statement, announcing the introduction of HTTPS security protocol on its website to protect its visitors.

“Wikipedia believes strongly in protecting the privacy of its readers and editors. Recent leaks of the NSA’s XKeyscore program have prompted our community members to push for the use of HTTPS by default for the Wikimedia projects,” said the statement published on the organization’s website. HTTPS protocol shields against eavesdropping and tampering with internet communications, using bilateral encryption between the server and the internet user. Using the protocol would minimize the risks of the snooping on users’ internet activity.

A report by UK publication The Guardian revealed that the NSA was monitoring the users who accessed one of the world’s most popular websites. In response to the revelation the organization’s co-founder, Jimmy Wales announced that Wikipedia would be introducing security measures to protect site visitors, starting from August 21.

However, he noted that bugs were delaying the upgrade from regular HTTP protocol to HTTPS. "Our current architecture cannot handle HTTPS by default, but we've been incrementally making changes to make it possible. Since we appear to be specifically targeted by XKeyscore, we'll be speeding up these efforts," Wikimedia said on its website.

Wales also called on other companies to get behind him on his Twitter page, saying that “encryption is a human rights issue.” Furthermore, he proposed an idea for a new fourth amendment whereby the American government would not be allowed to decrypt encoded material unless they have a warrant and he called for immunity for whistleblowers.