The Chrome browser is generally considered the most secure Web browser, and it also tends to do the best in hacking competitions such as Pwn2Own. 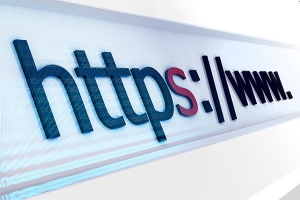 This is in part thanks to the solid security architecture of Chrome, and to its security engineers, who keep adopting strong security designs and policies.

There's always a compromise between security and flexibility/freedom to do something. Security is very much about reducing the attack vectors, which generally means reducing the freedom to use some features. Some of those security decisions can go too far sometimes, such as the decision to only allow Chrome extensions to be installed from the Chrome store, when there could have been alternative solutions that are not as restrictive. On Android, users are still allowed to sideload applications, just like Windows and Mac OS users can still install applications from outside the main store.

This feature remains despite Android having a much bigger market share than Chrome, and with sideloaded Android apps being potentially much more damaging than Chrome extensions. Yet the security people in charge of Android have decided it's a necessary freedom that needs to stay within the Android ecosystem.

The Chrome Security Team has recently made a proposal on the Chromium.org site that is bound to make some web developers unhappy but at the same time could be highly beneficial to the Web if implemented properly. The team proposed that all browsers begin marking HTTP (plain-text traffic) websites as "non-secure" beginning next year. This comes after Google already announced this year that HTTPS sites would be getting a slight boost in its search engine.

The new move could immediately make some developers panic. However, the security team proposed that this transition happen gradually in order to give developers time to encrypt their websites with HTTPS, if they have not done it already.

The Chrome team said there are three main states for web properties:

After the Snowden revelations, we know that HTTP is indeed non-secure, and spy agencies from all over the world can not only intercept and spy on that HTTP traffic, but they can also send malware through it.

The goal seems to be that ultimately, most (over 85 percent) sites would be protected with HTTPS, and then they wouldn't need to keep the current green mark that differentiates them from the unprotected HTTP sites. The status quo would be encrypted traffic, and only a small percentage would remain marked as non-secure. The Chrome team intends to implement its transition plan for declaring HTTP sites "non-secure" next year.