The move towards mobile banking and mobile financial services has created many benefits for both financial institutions and their customers. 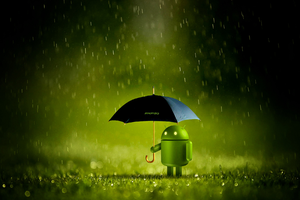 However, in an attempt to better illustrate the risks in this area, RiskIQ has released data on the number of suspicious mobile apps being downloaded by Android users looking for banking and finance-related services.

Of the 40,000+, roughly half have signatures consistent with mobile-based Trojan signatures. Branded malicious mobile apps come in the form of compromised versions of official mobile apps or mobile apps wrapped in branding. They imitate functionality consistent with a given brand and have been pre-installed with malware or data-stealing permissions.

RiskIQ CEO Elias Manousos points out that these findings show that criminals are using look-a-like banking apps to distribute malware and capture data on the device in order to commit crimes. Policing app stores for malicious apps and taking them down is a never-ending battle for banks and any other brand that uses the mobile channel to interact with customers. The data suggests that mobile banking has become a significant target vector for malware. However, malware isn’t the only thing mobile banking consumers need to worry about.

These permissions grant the mobile application developer access to the data people store on their mobile phones. This isn’t always a bad thing, but when a mobile application is compromised, it gives the attacker access to information he or she can use to exploit the user, sometimes even without using any malware at all. Consumers can take steps to limit their exposure to malicious mobile applications. However, they may still find themselves helpless when confronted with well crafted forgeries or compromised versions of official applications.

Financial institutions have a responsibility to protect their customers, and this protection should extend to threats like malicious mobile applications. The best way to do so is to incorporate a technology that can police app stores for malicious apps and take them down as they are released. Adding this capability will not only prevent adverse customer experiences, but will also protect the integrity of the brand.

The issue here is that Android's open and flexible nature has made it the leader in the mobile market, but simultaneously it is the basis for the notorious fragmentation issue that everyone is keen to mention every so often. There are 10 tips to make your Android a bit safer.