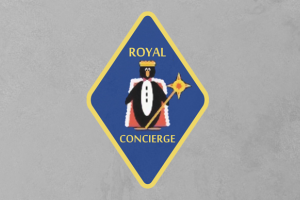 The disclosures, based on intelligence data leaked by the US whistleblower Edward Snowden, follow reports that British intelligence installs secret software to spy on selected companies and revelations earlier this month by The Independent that GCHQ operates a listening post on the roof of the UK’s Berlin embassy.

Der Spiegel said that GCHQ used “Royal Concierge” to spy on the booking arrangements of the hotels involved in order to gain information about the travel plans of diplomats and government delegations. It said the system was used to “prepare” their hotel rooms for more detailed surveillance.

The magazine said the information gained enabled the GCHQ’s so-called “technical departments” to bug the telephones and computers used by diplomats in their hotel rooms. It said “Royal Concierge” was also used to prepare the ground for the setting up of the GCHQ’s so-called “Humint Operations” – an abbreviation for “Human Intelligence” surveillance involving the deployment of agents to spy on diplomats.

Der Spiegel did not say which hotels were targeted. Contacted by the magazine, a spokesman for GCHQ said he could “neither confirm nor deny” Der Spiegel’s report.

The disclosures are the latest in a series of embarrassing revelations about the covert activities of GCHQ and its US counterpart, the National Security Agency, leaked to the media by fugitive whistleblower Edward Snowden.

The intelligence leaks have revealed the existence of the GCHQ/NSA “Tempora” spying operation involving the mass surveillance of Internet, phone and email traffic which crosses the Atlantic through undersea fibre-optic cables. The British government has claimed to have had no knowledge of the programme.

Disclosures published by Der Spiegel last week said that GCHQ used doctored websites including those from the business network LinkedIn to install surveillance software on the computers of unwitting companies and individuals.

The system was said to be codenamed “Quantum Insert”. One of the targeted companies was identified as the part-state-owned Belgian telecommunications firm Belgacom. Another was a concern named Mach, which is used by several mobile phone companies to coordinate international roaming traffic.

In Germany, disclosures that the NSA used an embassy listening post to bug Chancellor Angela Merkel’s mobile phone were followed a fortnight ago by an investigation by The Independent which revealed that GCHQ runs a similar listening post.

German MPs have said they are outraged that US and British intelligence spies on the politicians of a country which is their key European ally. They have called for the setting up of no-spying agreements between Washington, London and Berlin.

Germany’s two main political parties announced yesterday that they had agreed to set up a cyber security centre to establish how networks could be better protected from invasive surveillance.