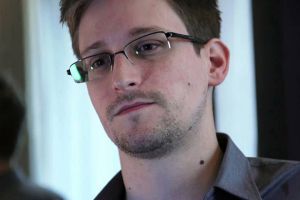 Al-Qaida leaders in the tribal areas of Pakistan had been "in the dark" for some time - in the sense that they had not used any form of electronic media that would "illuminate" their whereabouts, Inkster said. He was referring to counter measures they had taken to avoid detection by western intelligence agencies.

Other "serious actors" were equally aware of the risks to their own security from NSA and GCHQ eavesdroppers, he said.

As for the impact of the revelations about the capabilities of the NSA and GCHQ on allies, Inkster said the reality was any government with a national communications system also had a national signal intelligence capability.

"The tears that have been shed internationally have been of the crocodile variety," he said in an apparent reference to US allies, notably Germany, which have expressed concern about the activities of the NSA and GCHQ and the extent of their ability to intercept communications.

Inkster was speaking at a press conference at the launch of the latest annual Strategic Survey published by the International Institute for Strategic Studies. He left MI6 after the invasion of Iraq and subsequently criticised how Britain "got dragged into a war". He is currently director of transnational threats and political risk at the institute.

He added that "the degree and scope" of surveillance and eavesdropping by the NSA and GCHQ was a surprising. "I must say that in the space of five years, the technical ability of what the NSA and GCHQ can do is remarkable in getting their arms around a massive surge in communications data."

However, Inkster dismissed claims that the US intelligence agencies had violated the constitution's fourth amendment, which protects citizens from "unreasonable searches" and intrusion without judicial warrant. The agencies had minimised the risk.

The disclosures, in the Guardian, Washington Post and the German magazine Der Spiegel, revealed how the NSA and GCHQ routinely intercept on a huge scale the personal domestic and international communications of individuals, sometimes with the co-operation of the large internet companies. The agencies also break the codes of private encrypted communications.