The Angry Birds site was defaced by hackers, the company behind the game has confirmed, after revelations that America's National Security Agency and the UK's GCHQ have been targeting the site's “leaky” user data. 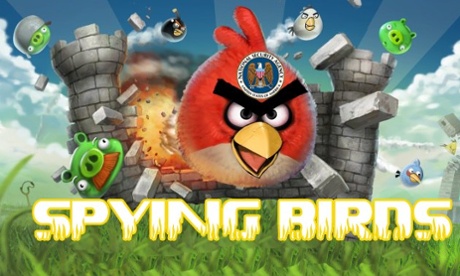 An image employing the NSA logo and a “spying birds” caption replaced the official Angry Birds website for a brief time on Tuesday.

The hack was in response to the revelation that the Angry Birds apps, among others, were leaking personal data via advertising networks on which the UK and US intelligence agencies were spying.

The hack was first spotted by Finland’s Helsingin Sanomat, and quickly corrected by developer Rovio. "The defacement was caught in minutes and corrected immediately," said Rovio’s vice president of marketing Saara Bergström to IDG. "The end user data was in no risk at any point."

The Syrian Electronic Army described the attack as being carried out by a “friend” of the notorious hacker group on Twitter.

DNS records, or domain name servers, provide a routing lookup for the internet: they tell computers where to find servers or other computers. Changing the DNS record can misdirect all the traffic that relies on it, and because changes in DNS records propagate around the internet between the servers, their effects can last for days – even after the original change has been undone – or not appear for most users if they are discovered quickly.

Twitter and the New York Times were recently targeted by a similar attack, as well as Google Malaysia and WhatsApp, AVG and Avira, showing that this type of rerouting compromise is becoming increasingly popular. Part of the reason for the growth in these kind of attacks is that improved security is making it harder to directly attack company servers that host websites.

“We do not collaborate, collude, or share data with spy agencies anywhere in the world,” said Mikael Hed, chief executive of Angry Birds developer Rovio Entertainment. “In order to protect our end users, we will, like all other companies using third-party advertising networks, have to re-evaluate working with these networks if they are being used for spying purposes,” Hed said.