Linus Torvalds: Did US spooks demand a backdoor in Linux?

Linux supremo Linus Torvalds has jokingly admitted US spooks approached him to put a backdoor in his open-source operating system. 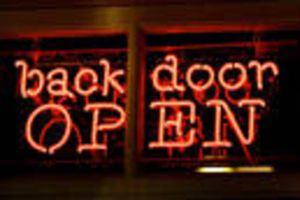 Torvalds replied with a firm "no" while nodding his head to say yes, a response greeted with laughter fr‪o‬m the audience. He quickly followed up by repeating "no" while shaking his head in the negative.

South Korean Red Hat developer Tejun Heo, sitting alongside the kernel boss, quipped: "Not that I can talk about." A video of the Q&A session is below - the short exchange about US spooks starts at the 24-minute mark.

Rumours of backdoors and other forms of hidden access routes in Microsoft Windows, Linux and security protection products have circulated in infosec circles for years. Fresh revelations from NSA whistleblower Edward Snowden that US and UK intelligence have subverted key technologies have reopened the debate.

These blockbuster claims from Snowden suggest that the NSA can crack TLS/SSL-encrypted connections, the widespread crypto securing HTTPS websites and virtual private networks (VPNs). Spooks can compromise these supposedly secure communications by gaining access to the root certificates and encryption keys, exploiting backdoors in equipment and algorithms, or otherwise allowing the signals boys and girls to run man-in-the-middle attacks on encrypted traffic flowing through the world's fibre optic cables.

Firsthand evidence from a former engineer at Microsoft sheds light on how the feds theoretically go about asking for special favours: Peter Biddle, an ex-Microsoft programmer who worked extensively on BitLocker - the company's full-disk encryption tool - claimed he was informally approached by g-men to add a backdoor to the product.

But he said he rebuffed the government agencies. The pressure on Biddle came primarily from FBI agents who said they needed a skeleton key, of sorts, to easily break the crypto on suspects' computers in child-abuse investigations, allowing the locked-up data to be examined.

Meanwhile, Nico Sell, founder of the pro-privacy self-destructing-messages app Wickr, said she had been informally approached by an FBI agent about placing a law-enforcement backdoor in her software.

It seems that developers are informally sounded out about the possibility of placing secret access to spooks in their technology before the discussion goes any further on the technical details and requirements. Once a programmer snubs the feds, the g-men back off, it's believed.

In light of these revelations, worried netizens have become far more paranoid about the possibility of backdoors in the technology they use and this paranoia extends to both closed-source and open-source software.

Earlier this month Torvalds rejected a petition calling for his kernel to turf out an Intel processor instruction called RdRand, which is used in the generation of cryptographically secure random numbers. It was feared Chipzilla had deliberately weakened that operation under the influence of US spooks to produce cryptographically weak values, ones that can be predicted by intelligence agents to smash encryption.

The fiery Finn dismissed the petition as technically clueless. El Reg reckons his response to a question about backdoors at LinuxCon was intended as a joke - but just because you're not paranoid that doesn't mean they aren't out to get you, after all.