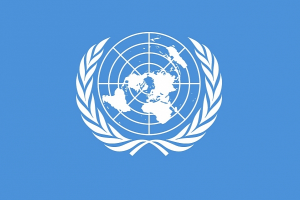 The report is one of many developments that have come to light since former NSA contractor Edward Snowden leaked national security documents to the press, revealing a government surveillance program called PRISM that collected metadata over telecommunications lines.

The newspaper said Sunday that documents it obtained from Snowden show the NSA decoded the system at the U.N.'s headquarters in New York last summer. Quoting leaked NSA documents, the article said the decryption "dramatically increased the data from video phone conferences and the ability to decode the data traffic."

In three weeks, Der Spiegel said, the NSA increased the number of decrypted communications at the U.N. from 12 to 458. According to the report, agency has "eavesdropping posts" in 80 U.S. embassies and consulates worldwide. The NSA was able to obtain a wide range of data, including evidence that suggests the Chinese was spied on the U.N. in 2011.

Der Spiegel also reported that the NSA installed bugs in the European Union's office building in downtown Washington and infiltrated the EU's computer network. The United Nations did not directly comment Monday on reports that the U.S. hacked U.N. and European Union internal communications, saying only that international treaties protect its offices and all diplomatic missions from interference, spying and eavesdropping.

U.N. spokesman Farhan Haq said Monday that "the inviolability of diplomatic missions, including the United Nations and other international organizations, whose functions are protected by the relevant international conventions like the Vienna Convention, has been well-established international law."

Haq added, "Therefore, member-states are expected to act accordingly to protect the inviolability of diplomatic missions."

The 1961 Vienna Convention regulates diplomatic issues and status among nations and international organizations. Among other things, it says a host country cannot search diplomatic premises or seize its documents or property. It also says the host government must permit and protect free communication between the diplomats of the mission and their home country.

However, wiretapping and eavesdropping have been rampant for decades, most dramatically between the United States and the Soviet Union during the Cold War. Snowden's leaks have exposed details of the United States' global surveillance apparatus, sparking an international debate over the limits of American spying.