NSA Ordered by Judge to Preserve Phone Records It Collected

The National Security Agency was blocked by a judge from carrying out plans tomorrow to begin destroying phone records collected for surveillance after a privacy group argued they are relevant to lawsuits claiming the practice is unconstitutional. 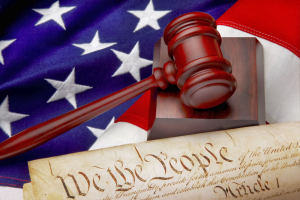 U.S. District Judge Jeffrey White in San Francisco ordered the agency today to retain the records and scheduled a hearing for March 19 on whether they can be destroyed. The NSA had planned to dispose of the records following a March 7 ruling by the U.S. Foreign Intelligence Surveillance Court in Washington.

The Electronic Frontier Foundation, an Internet privacy and civil liberties group based in San Francisco, asked White for a temporary restraining order today, saying the records may be used as evidence in its lawsuits challenging NSA surveillance and are covered under preservation orders in those cases.

The surveillance court, in its ruling, barred the NSA from keeping the records for more than five years because the privacy rights of the people whose phone data was swept up in the agency’s database trump the need for the information in litigation.

The retention of phone records has emerged as one of the most contentious issues for the government stemming from the documents leaked by former security contractor Edward Snowden. Civil liberties groups argue that such data collection violates privacy rights. Government officials say the information is needed to combat terrorism.

The records collected under an NSA program consist of “metadata” including the numbers used to make and receive calls and their duration. They don’t include information about the content of the communications, or the names, addresses or financial information of parties, according to government filings.

EFF challenged the NSA telephone surveillance in a complaint filed in July alleging that it illegally erodes the free-speech rights of religious, environmental and human-rights groups. The records are also relevant to a pending 2008 case challenging NSA surveillance, and the NSA was on notice in both cases that it should preserve evidence, Cindy Cohn, legal director at EFF, said in a filing today.

Last week’s ruling by the surveillance court was in response to a government bid to waive the requirement that the records be destroyed after five years because they might prove relevant to such lawsuits.

The U.S. request to hold the records indefinitely “would further infringe on the privacy interest of the United States persons whose telephone records were acquired in vast numbers and retained by the government for five years to aid in national security investigations,” wrote U.S. District Judge Reggie Walton, who is the presiding judge of the surveillance court.

The March 7 FISC ruling was “based on a mistaken belief that no preservation order existed for the material,” Cohn said.

“If the government proceeds with its planned destruction of evidence, the evidence will be gone,” Cohn said. “This is by definition irreparable.”
The EFF case is First Unitarian Church of Los Angeles v. National Security Agency, 13-cv-03287, U.S. District Court, Northern District of California (San Francisco).

The FISC case is In Re Application of the Federal Bureau of Investigation for an Order Requiring the Production of Tangible Things, BR 14-01, U.S. Foreign Intelligence Surveillance Court, District of Columbia (Washington).