For years, the most popular password was "password," until last year when it got bumped by "123456" which is, of course, no better, because it doesn’t provide you security. 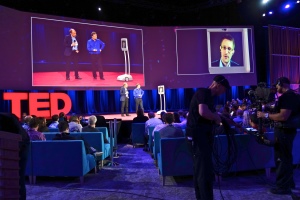 The problem is we're lazy and having to memorize a complicated string of letters, numbers, and characters for each of our private accounts sounds kind of impossible, so we just stick with what we've got an cross our fingers that nothing bad happens.

HBO comedian John Oliver traveled to Russia and spoke with former NSA contractor Edward Snowden last week in a wide-ranging interview that touched on the Patriot Act’s upcoming expiration date. Edward Snowden has bad news for you: Your computer password is probably terrible. In a web extension of his interview with John Oliver on Last Week Tonight, Snowden laid out the bad news: “For somebody who has a very common 8-character password, it can literally take less than a second for a computer to go through possibilities and pull that password out.” Less than one second. “My password is five characters,” Oliver said. “That’s not a joke. That’s bad, right?” Snowden agreed it is really bad.

So what should people do for their passwords? While Oliver’s suggestion of “limpbiscuit4eva” was a flop, Snowden had some helpful advice: Forget about passwords and go with “passphrases,” or phrases that are long, unique, and thus easy to remember, like “margaretthatcheris110%SEXY.” Snowden suggests that using phrases is the best way to make safe passwords that you won't forget. There are also some tips on how to remember strong and unique passwords.