The web design platform Weebly was hacked in February, according to the data breach notification site LeakedSource. 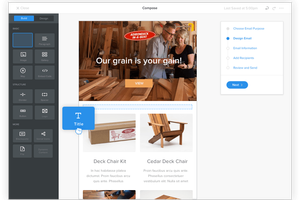 “We do not believe that any customer website has been improperly accessed,” Weebly said in the notice to users.” The company also said that it does not store credit card information, making fraudulent charges unlikely. LeakedSource said it received the Weebly database from an anonymous source and notified Weebly of the breach. In addition to the customer notification emails, LeakedSource claims that password resets are being issued — but, if you’re a Weebly user and you don’t receive a password reset, you probably want to change your password anyway.

“We have done an internal investigation and no breach has occurred,” a company spokesperson said in a statement. This is just the latest in a string of megabreaches. Yahoo recently revealed that data for 500 million users were stolen, and breaches of Dropbox, LinkedIn, MySpace, VK.com, Twitter have all come to light this year.