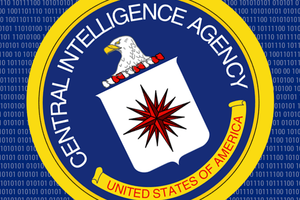 According to the documents leaked by WikiLeaks, Raytheon Blackbird Technologies, the Central Intelligence Agency (CIA) contractor, submitted nearly five such reports to CIA as part of UMBRAGE Component Library (UCL) project between November 2014 and September 2015.

Here's the list and brief information of each report:

Report 1 — Raytheon analysts detailed a variant of the HTTPBrowser Remote Access Tool (RAT), which was probably developed in 2015. The RAT, which is designed to capture keystrokes from the targeted systems, was being used by a Chinese cyber espionage APT group called 'Emissary Panda.'

Report 2 — This document details a variant of the NfLog Remote Access Tool (RAT), also known as IsSpace, which was being used by Samurai Panda, Identified as another Chinese hacking group. Equipped with Adobe Flash zero-day exploit CVE-2015-5122 (leaked in Hacking Team dump) and UAC bypass technique, this malware was also able to sniff or enumerate proxy credentials to bypass Windows Firewall.

Report 3 — This report contains details about "Regin" -- a very sophisticated malware sample that has been spotted in operation since 2013 and majorly designed for surveillance and data collection. Regin is a cyber espionage tool, which is said to be more sophisticated than both Stuxnet and Duqu and is believed to be developed by the US intelligence agency NSA. The malware uses a modular approach that allowed an operator to enable a customised spying. Regin's design makes the malware highly suited for persistent, long-term mass surveillance operations against targets.

Report 4 — It details a suspected Russian State-sponsored malware sample called "HammerToss," which was discovered in early 2015 and suspected of being operational since late 2014. What makes HammerToss interesting is its architecture, which leverages Twitter accounts, GitHub accounts, compromised websites, and Cloud-storage to orchestrate command-and-control functions to execute the commands on the targeted systems.

Report 5 — This document details the self-code injection and API hooking methods of information stealing Trojan called "Gamker." Gamker uses simple decryption, then drops a copy of itself using a random filename and injects itself into a different process. The trojan also exhibits other typical trojan behaviours.

Previous leaks have shown the intelligence group’s ability to compromise Apple devices, Windows machines, launch malware attacks, obfuscate the origins of an attack to hide its tracks, compromise Wi-Fi routers to track a target’s activity online, attack air-gapped computer networks, and track the location of a target via Wi-Fi.