Nearly half of all web application cyber attacks target retailers

Nearly half of all web application cyber attack campaigns target retail applications, a study has shown. 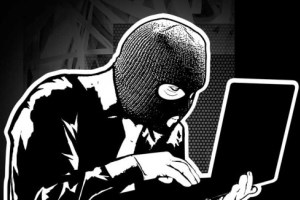 The retail sector is the most heavily targeted by this type of attack, according to the latest web application attack report by security firm Imperva.

The warning comes as online retailers gear up for Black Friday on 28 November 2014 and Cyber Monday on 1 December, the two busiest days of the online shopping year in the US and increasingly in the UK too. The Imperva report is based on the analysis of 99 applications over nine months by the company’s Application Defense Center (ADC) research team. The study found 40% of all SQL injection attacks and 64% of all malicious HTTP traffic campaigns target retail websites.

“Our study shows that retail sites are a big target for hackers. This is largely due to the data that retail websites store – customer names, addresses, credit card details – which cyber criminals can use and sell in the cyber crime underworld,” said Amichai Shulman, chief technology officer at Imperva. “Over the past year we have seen a number of retailers suffer data breaches and I expect this will continue.”

According to the previous web application attack report, retail sites suffered twice as many SQL injection attacks in comparison to other industry sectors. “Given that the study findings have not improved for retailers over the last year, I would say this threat is not showing any signs of diminishing,” said Shulman.

Other findings from the study revealed that websites containing consumer information, which require some form of log-in credentials, suffer up to 59% of the attacks. Consumer information, such as personal details and credit cards, are a valuable and tradable black market piece of information.

“Retailers must take the threat of cyber attack very seriously,” said Shulman. “Over the past year we have seen some very well known, and seemingly secure, retail websites hit by devastating cyber attacks and these should act as a warning to others in the industry.”

Shulman said retailers should be locking down their datacentres and databases, ensuring all data is encrypted; and that there are strong barriers in place to help keep out intruders. All web traffic and database activity should be regarded with caution. Retailers should act on anomalous behaviour or suspicious activity notification alerts immediately, said Paul Ayers, vice-president for Europe at data security company Vormetric.

“Although some may say it will be harder to ensure nothing slips through the data security net during the frenzy, consumers will not be best pleased to find that the deals they secure come at the expense of their personal data,” he said. Retailers must not take shortcuts when it comes to protecting their customers’ data, said Ross Brewer, vice-president and managing director of international markets at LogRhythm.

“If they are not continuously tracking and monitoring their networks for anomalous activity, then they are not doing a good enough job at proactively defending against cyber crime,” he said.

Asda and John Lewis are expected to offer a wave of deals on 28 November and 1 December 2014, while Sainsbury's will launch discounts for the first time. Amazon is predicting it will beat the four million orders it received during the same weekend last year, with total UK expenditure reportedly expected to reach £281m.