Bitcoin users are often the target of scams and hacking attempts. As it turns out, there are a few new scam links going around which, when visited, will download malware onto a user’s computer. 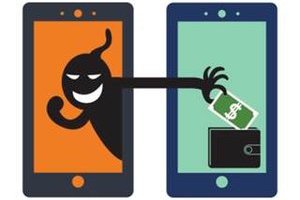 Several users have reported their cryptocurrency wallets being emptied in the process. An as yet unnamed drive-by-download malware is targeting the cryptowallets of Reddit users.

Details of the attack are still unclear, but it appears attackers are using malicious links designed to appeal to those monitoring the changes in the Bitcoin prices. They disguise the bait as “price updates” which redirect victims to a website called “CryptoChartiq” when clicked. Some of the details on the malware come from Reddit users with one person infected posting to Reddit about how their account was hacked and then used to post malicious links that redirected users to the malware.

Another Reddit user stated their Bittrex e-wallet was hacked and that funds from several balances were drained although they didn't provide specifics as to which type of currency was targeted or how much was lost. Earlier LeakedSource disclosed details from two Bitcoin data breaches that affected the bitcoin exchange BTC-E.com and the discussion forum Bitcointalk.org.