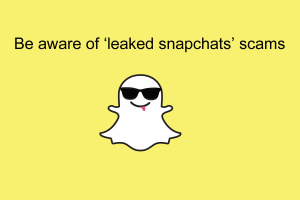 A giant database of intercepted Snapchat photos and videos has been released by hackers who have been collecting the files for years. Shocked users of the notorious chat forum 4chan are referring to the hack as "The Snappening," noting that this is far bigger than the iCloud hacks that recently targeted celebrities.