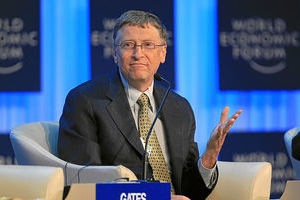 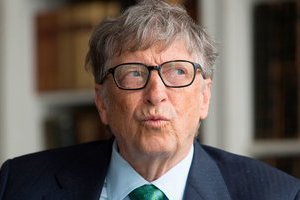 As you wrestle the tablets from your square-eyed kids for the 10th time today, it might be reassuring to hear the king of Silicon Valley shares your worries. Bill Gates is the legendary founder of the world’s largest software firm, Microsoft – a company that made him the richest man in the world.

But even one of humanity’s greatest technological innovators still banned his kids from having mobiles until they were 14, forbids them at the dinner table and limits his youngest’s screen time. Father to Jennifer, Rory, and Phoebe, he admits: “We often set a time after which there is no screen time and in their case that helps them get to sleep at a reasonable hour.“ 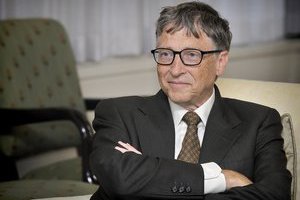 Robots are taking human jobs. But Bill Gates believes that governments should tax companies’ use of them, as a way to at least temporarily slow the spread of automation and to fund other types of employment. It’s a striking position from the world’s richest man and a self-described techno-optimist who co-founded Microsoft.

Gates said that a robot tax could finance jobs taking care of elderly people or working with kids in schools, for which needs are unmet and to which humans are particularly well suited. He argues that governments must oversee such programs rather than relying on businesses, in order to redirect the jobs to help people with lower incomes.