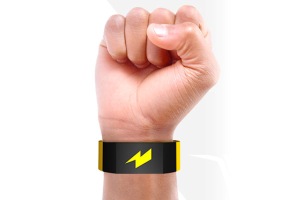 A startup called Pavlok has launched a crowdfunding campaign for a wristband that electroshocks its owner to encourage him or her to exercise, eat healthily, wake up on time and stop procrastinating.

Pavlok can help with setting goals like going to the gym regularly or giving up social networks, with the wristband electrically shocking the owner, should he/she fail to stick to the task. Pavlok can shock the person via small metal terminals, and the wave might jolt, but supposedly isn’t hazardous. Amid the most notable Pavlok’s functions, is the alarm which goes off gently with noises and vibrations, waking the owner up, but if he or she continues to sleep, a shock wave will be sent.