The E-mail of Bitcoin cryptocurrency inventor is hacked 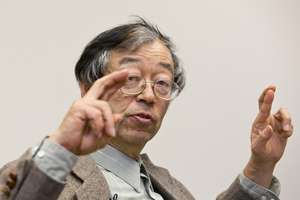 It is known that satoshin@gmx.com is the address, which belongs to the world famous inventor of Bitcoin cryptocurrency. Almost all accounts at forums were attached to this E-mail, but recently strange letters were sent from this address and became suspicious.

Last night the strange letter was sent to the administrator of the Bitcointalk.org forum. In line the sender was genuine address satoshin@gmx .com, but obviously there was not Satoshi's handwriting in the text. The letter contained the following message: "Michael, send some coins to me, until I hired the sniper ". Nakamoto never joked in such a way. A little bit later somebody left the message for the real Nakamoto at P2P Foundation forum.