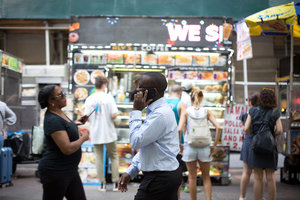 Hackers have discovered that one of the most central elements of online security — the mobile phone number — is also one of the easiest to steal.

In a growing number of online attacks, hackers have been calling up Verizon, T-Mobile U.S., Sprint and AT&T and asking them to transfer control of a victim’s phone number to a device under the control of the hackers. Once they get control of the phone number, they can reset the passwords on every account that uses the phone number as a security backup — as services like Google, Twitter and Facebook suggest. A wide array of people have complained about being successfully targeted by this sort of attack.