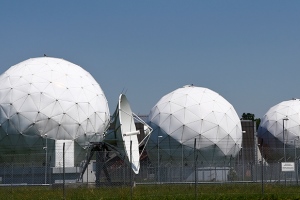 The prototype real time social media monitor will only look at publicly available data though, according to the plans. Germany's foreign intelligence agency reportedly wants to spend on technology that would let it spy in real time on social networks outside of Germany.

The system for real time social network monitoring is still in the construction phase. But a prototype is expected to be launched next June with the aim of monitoring publicly available data on Twitter and blogs. The program should filter out and discard data in the German language. Moreover, a plan to monitor Internet exchanges outside Germany is also in the works.

Intelligence service BND failed to protect the private data of German citizens as it handed over internet data collected at a Frankfurt traffic hub to the US. During an ongoing parliamentary investigation into US National Security Service spying on German soil the secret documents were obtained from the federal government.

So when last year in was revealed that the two intelligence services had been collaborating to collect communication data at the De-Cix internet exchange node in Frankfurt, the BND had to produce explanations. The German service said it had a filter running, which prevented data of German citizens from being collected and forwarded to the NSA.