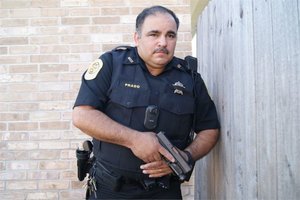 One of the world's most prolific computer worms has been found infecting several police body cameras that were sent to security researchers. Multiple police cams came pre-installed with notorious Conficker worm.

When one such camera was attached to a computer in the iPower lab, it immediately triggered the PC's antivirus program. When company researchers allowed the worm to infect the computer, the computer then attempted to spread the infection to other machines on the network. Conficker took hold in late 2008, a few days after Microsoft issued an emergency patch for a Windows vulnerability that allows self-replicating exploits.