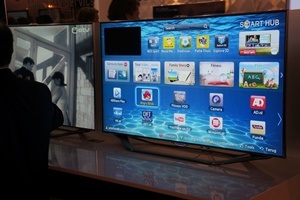 Trend Micro researchers have found the first major example of ransomware that can attack a Smart TV with hackers using an updated version of FLocker that targets devices running the Android operating system.

Trend Micro researcher wrote that this FLocker version, one of more than 7,000 variants that have been tracked by the company since the malware was first spotted in May 2015, has the ability to infect and lock the screen of any device running the Android operating system, including a Smart TV. This FLocker operates as a police Trojan and attempts to scare the victim into paying by claiming to be the “US Cyber Police.”