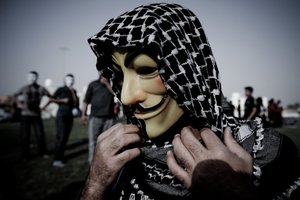 A hacker affiliated with the Anonymous collective has claimed to have compromised sensitive hospital data belonging to "more than 10 million" Turkish citizens in retaliation for recent ransomware attacks against healthcare facilities in the US.

In a video posted to YouTube a masked individual wearing the now-traditional Guy Fawkes mask branded by Anonymous members claimed to have breached servers in numerous Turkish hospitals, stolen patient data and even deleted information from targeted databases. The individual claimed the breach was "revenge" for recent cyberattacks against US hospitals. 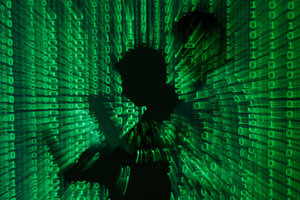 A database reportedly containing the personal information of nearly 50 million Turkish citizens, including that of the country’s president, Recep Tayyip Erdogan, was posted online by a hacking group.

Hacktivists claim the leaked information uploaded in the 6.6 GB file includes the first and last names, parents’ names, national ID number, gender, place of birth, date of birth, full address, current city and district of those in the database. The attack seems to be politically motivated. “Who would have imagined that backwards ideologies, cronyism and rising religious extremism in Turkey would lead to a crumbling and vulnerable technical infrastructure?” the hackers wrote on the database’s front page, which features Erdogan’s profile.

International bank HSBC said that its operations in Turkey had been hacked and the personal data of some million customers’ credit cards had been compromised, while emphasizing that there is no financial risk for the clients. HSBC Turkey identified the attack through its internal controls.

The information compromised consisted of card numbers and linked account numbers, card expiry dates and card holders’ names, the bank said. There is no evidence that any of its customers’ other financial information or personal information was compromised. The bank stated that its customers may continue to perform all banking transactions as usual.

"As of today, National Intelligence Organisation (MIT) eavesdrops on 2473 people. More than half of them are foreigners," Besir Atalay told reporters in Ankara. He said the espionage - which currently requires an individual court order for each target - was primarily used to uncover suspected "terrorists". Parliament began debating a new bill on Saturday, aimed at giving the agency a free hand in carrying out undercover missions and surveillance in Turkey and abroad without the need for a court order.