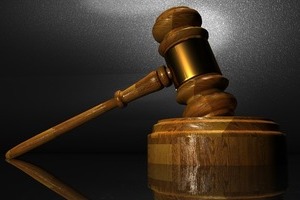 California — California's Central Valley is known for its miles and miles of farm orchards, fights over water rights, and, these days, high unemployment. High-tech? Not so much.

But I was here on Monday to see in action a cutting-edge technology that has the potential to greatly reshape our economy and society — the self-driving car. Waymo, Google's autonomous vehicle spinoff, has its testing facility at a decommissioned Air Force base. The company invited several dozen reporters to see its cars in action, get a ride in one, and hear its case that its technology is all-but ready for the real world. As many as 4,000 Google Home Minis handed out at Made By Google press and pop-up events could have a flaw making them capture virtually all audio around them before uploading the recordings to Google servers, Android Police reported on Tuesday. According to Android Police’s Artem Russakovskii, he received a demo unit at an October 4th tech press event and installed the device in his bathroom.